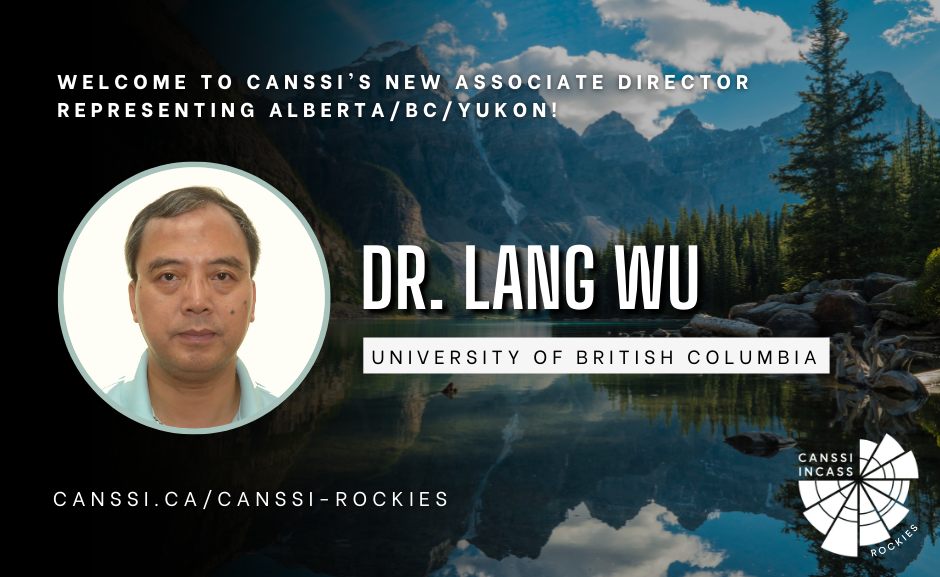 He was confirmed for a three-year term at the October 2022 meeting of CANSSI’s Board of Directors.

Lang joined the Department of Statistics at the University of British Columbia (UBC) in 2000 and has been a Full Professor since 2010. He has served in various leadership roles, including as chair of the graduate and undergraduate committees.

He has also contributed to the broader statistical sciences community by organizing workshops and small conferences and by serving as associate editor for several journals.

“I have followed CANSSI’s activities since its establishment, including its seminars and opportunities for graduate and postdoctoral trainings,” he wrote. ”I think CANSSI has served the needs of the Canadian statistical community very well.”

Now he is happy to contribute his extensive experience to CANSSI and the community.

“I am very excited about the opportunity to join CANSSI’s management team.”

Lang has served as a referee or associate editor for various statistical journals and is currently Associate Editor of Statistics in Biosciences and the Canadian Journal of Statistics.

He was nominated for a Killam Teaching Award at UBC in 2014.

Associate Directors are part of CANSSI’s primary management and administrative group, together with the Director, Deputy Director, and Regional Directors. They provide feedback on all aspects of CANSSI operations, help steer CANSSI developments, and adjudicate the smaller budget programs as well as the CANSSI Distinguished Postdoctoral Fellowships program.